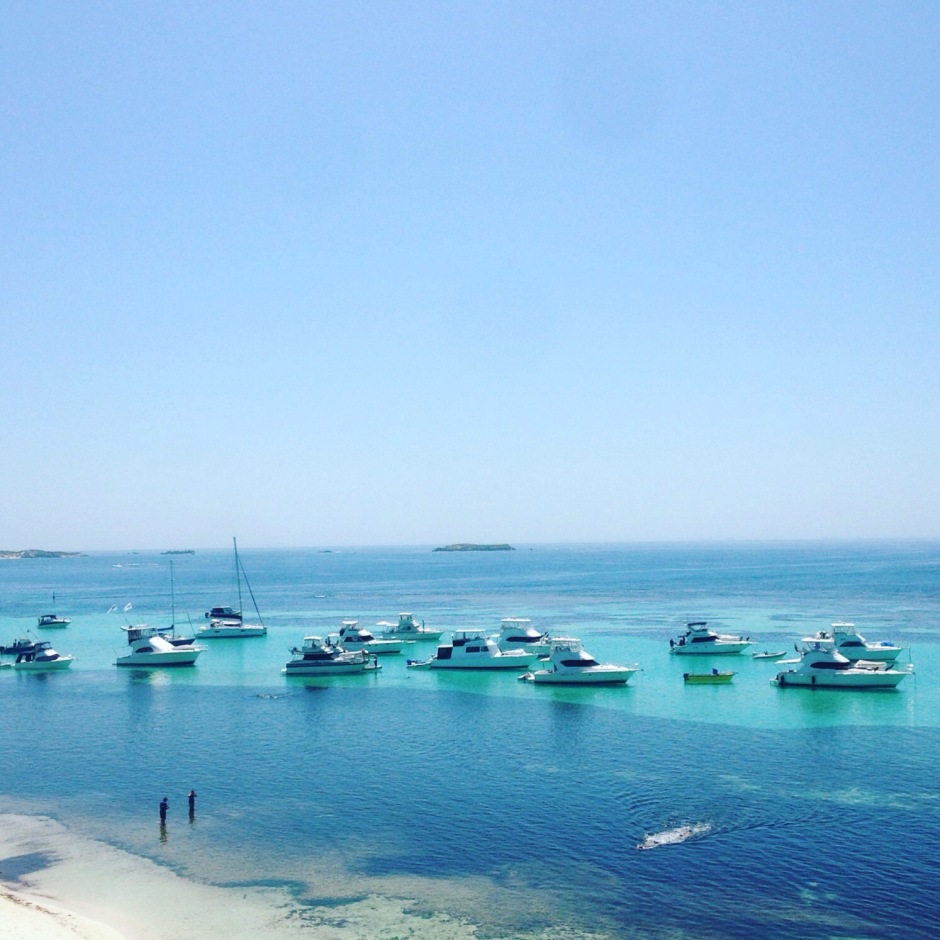 One of the must see / must do destinations when you come to Western Australia is visit Rottnest Island, better known as ROTTO!

As someone who has spent their entire life in WA (affectionately known as a sandgroper) it will probably come as shock to many of you to find out that this was my first trip to Rotto!

I don’t have a fear of boats or ferries, (the most common ways to get to Rotto) more  a dislike of vomiting and being rendered unable to move thanks to sea sickness! In all honesty as a youngster we wouldn’t have gone the 20 km journey over to Rottnest but even as a young adult I wouldn’t have gone thanks to the horror stories I heard from people who got sick on the ferry ride.

But there we were, or should I say there I was with my big girl pants on and Travacalm tablets at the ready! The trip over was surprisingly fast (about 25mins) in air conditioned comfort thanks to Rottnest Express, and although the trip home was a fraction bumpier I felt surprisingly good as did hubby who suffers with pretty bad motion sickness…

Makes me wonder why I waited so long hahaha!

So without further ado these photo’s will hopefully give you some idea of what all the fuss is about! I wish I had more pic’s but honestly we were having to much fun to keep whipping my camera out.

Something else Rottnest is known for are these guys, QUOKKA’S!

OMG so cute and friendly, the kids were stoked to snap a few quokka selfies haha

And mandatory photo’s of us just to prove we did in fact go over!

Apart from swimming and snorkeling you can hire bikes like we did to get around the island or bus tours are available to shuttle you to all parts of Rottnest. Accommodation is also available but hard to come by during peak periods. There are a range of yummy places to eat and my best advice,  if you go on a warm day make sure you drink plenty of water! Rottnest is always cooler than Perth, our temp yesterday was 26 degrees whilst Perth was around 32 degrees just to give you an idea.

Want to know more about Rottnest or how to get there?

Check out these websites

*This post has no affiliation with Rottnest Island or Rottnest Express nor was it a sponsored post, just a fun family trip!